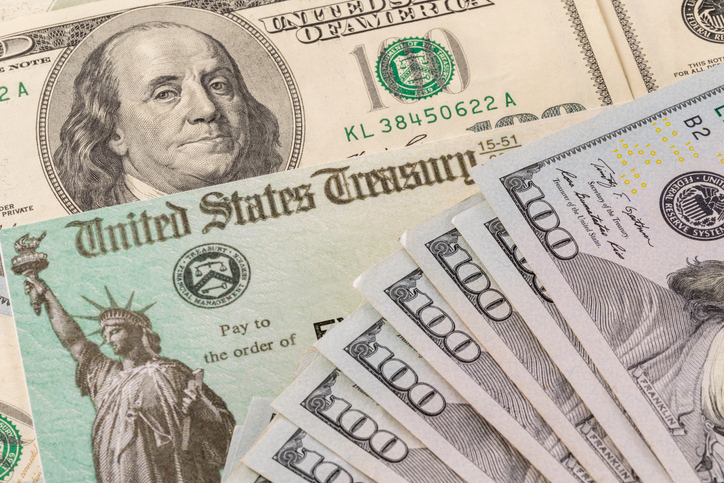 The government is preparing to give out aid, but the checks will reportedly be significantly smaller. After the first round of stimulus checks went out in March as part of the historic $2.2 Trillion CARES Act, there’s been tons of talk about a second round of money for the 19 million unemployed Americans and the others who are just struggling throughout this pandemic. Now, months  ABC reports that congress is coming close to signing off on a $900 billion COVID-19 economic relief package that would include $300 per week jobless checks and a measley $600 stimulus payments to most Americans.

“The details were still being worked out, but lawmakers in both parties said leaders had agreed on a top-line total of about $900 billion, with direct payments of perhaps $600 to most Americans and a $300-per-week bonus federal unemployment benefit to partially replace a $600-per-week benefit that expired this summer.

It also includes the renewal of extra weeks of state unemployment benefits for the long-term jobless. More than $300 billion in subsidies for business, including a second round of “paycheck protection” payments to especially hard-hit businesses, are locked in, as is $25 billion to help struggling renters with their payments and provide food aid and farm subsidies, and a $10 billion bailout for the Postal Service.”

later it looks stimulus checks will indeed go out, but they’ll likely be cut in half. Naturally, news of a paltry payment of $600 isn’t going over too well with the general public because anyone with common sense (AND BILLS) can see that $600 is an insulting drop in the bucket.

DEONTAY WILDER MAY STILL BE UNCONSCIOUS