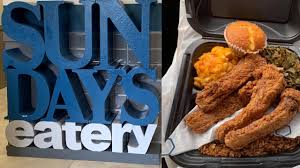 The Shade Room reported a shooting took place inside the rapper’s Sunday’s Eatery restaurant, but Trick took to Instagram to do some damage control on Monday (March 2) and vehemently denied the incident ever occurred. More information inside…

Trick Daddy is denying reports his Miami restaurant was shot up over the weekend.

“I don’t know what The Shade Room talkin’ about,” he says in the video clip. “If y’all believe the mu#@f%kin’ Shade Room, y’all gotta be f@#ckin’ crazy … when I find out which one of you mu#$afu@%as at The Shade Room puttin’ up that false sh!t ’bout my muthaf#ckin’ restaurant, I’mma slap the shit out you, bi!$h a$$ ni–a. I’m tellin’ you now, better take that shit down.”

Tell the @theshaderoom to stop lying. Somebody got shot down the street and ran here

The video shows his restaurant open for business and a line of patrons patiently waiting outside the door. As the hungry people pour into the restaurant, Trick continues blasting The Shade Room.

“Ain’t nobody get shot in here anyway,” he says. “Man got shot down the m#thaf@$kin’ street. When I find out what pu$$y nigga put that false shit up on Instagram, I’m gonna slap the sh!t out y’all.”

“I don’t know what they got goin’ on,” Trick adds. “We wide ass open. Yeah, that shit happened across the street. The man ain’t have no safe place to go. We let the man in. Simple as that.”