{ STREETZ MORNING TAKEOVER } Oprah On Why She Never Married Stedman Graham: “I Didn’t Want The Sacrifices” 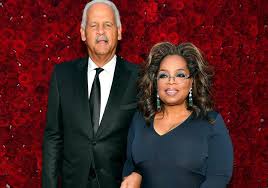 Oprah Winfrey has essentially only been with one man for the most of her career and it’s exactly who you guessed, Stedman Graham. The 65-year-old acclaimed television host has been with the businessman since 1986 and while they are not officially married, Stedman did once propose and Oprah has now opened up about why they never made it down the aisle.

In 1993, the moment after I said yes to his proposal, I had doubts. I realized I didn’t actually want a marriage. I wanted to be asked,” Oprah explained in her self-titled magazine for next month’s feature. “I wanted to know he felt I was worthy of being his missus, but I didn’t want the sacrifices, the compromises, the day-in-day-out commitment required to make a marriage work. My life with the show was my priority, and we both knew it.”

Oprah explained how she and Stedman both agreed that if they did get married, their relationship and “spiritual partnership” would not have lasted. “I thought he was nice enough, but I wasn’t that impressed,” she said of their first date. “He was polite, yes, and kind. The sort of guy who sits with an ailing friend. Tall and handsome, for sure. But actually too handsome, I thought, to be interested in me. I figured he must be a player. So did all my producers. They warned me not to get involved with that Stedman guy.”

Years later they’re still going strong on their own terms.

Kim Kardashian is helping free inmates at an amazingly high rate, and she’s been doing it rather quietly … until now.