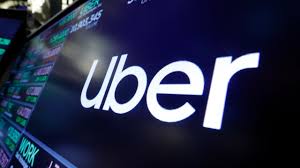 Uber released its long-awaited security report yesterday, revealing the company documented nearly 6,000 reports of sexual assault — both by drivers and passengers — in 2017 and 2018, as well as 19 deaths from Uber-related physical assaults. More details inside…

Uber has disclosed that 3,000 sexual assaults were reported on its U.S. rides last year, the first time it has revealed the scale of the safety problem that exists at ride-hailing companies. The reported assaults were part of Uber’s long-awaited safety study, published Thursday amid widespread and ongoing criticism of its safety practices and pressure to increase its transparency about the issue.

In the lengthy report, which divides sexual misconduct into 21 categories but focuses on the five most serious, Uber said it recorded 235 rapes last year and thousands more reports of an assault that could involve unwanted touching, kissing or attempted rape. The reports involved drivers and passengers. The company tallied roughly 6,000 reports of those types of assault in 2017 and 2018.

The report also examined other safety categories, including motor-vehicle deaths and violent crimes such as physical assaults. Uber said there were 107 motor-vehicle fatalities in 2017 and 2018, with a total of 97 fatal crashes involving users on the app. The company also said there were 19 fatal physical assaults over the same time period, during which it said an average of more than 3.1 million trips took place each day. The report showed 5,981 sexual assault incidents were reported out of the 2.3bn US trips over the two-year period.

Uber said it conducted the safety report with an eye toward transparency and improving the app for riders and drivers.

“Confronting sexual violence requires honesty, and it’s only by shining a light on these issues that we can begin to provide clarity on something that touches every corner of society,” the company’s chief legal officer, Tony West, said in the executive summary of the report. “The moment is now for companies to confront it, count it, and work together to end it.”

Uber is the market leader in the ride-hailing space, its app having given people an entirely new way to get from point A to point B. Allegations of sexual assaults during Uber rides have piled up in recent years in the form of lawsuits and media interviews. Other ride-hailing companies, including Lyft, have faced similar allegations.

Please be SAFE out here in these Streetz!

ARE THEY TAKING THINGS A BIT TOO FAR?!