{STREETZMORNINGTAKEOVER}SOULJA BOY HAS BEEN ARRESTED 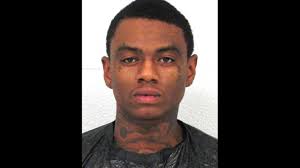 Rapper Soulja Boy has been arrested AGAIN and remains behind bars. This is only the resultof several other previous incidents.

In February, police carried out a raid at the “Crank That” rapper’s home to investigate a claim that Soulja had kidnapped and assaulted his girlfriend, according to the outlet.

While there, police allegedly found ammunition in Soulja’s house.

The judge says Soulja also violated his probation by allegedly trying to falsify evidence that would prove he completed mandatory community service he was sentenced.

Soulja was initially arrested last month for parole violations stemming from the raid but released shortly after ahead of Thursday’s court date.

Soulja’s probation stems from his 2014 arrest for carrying a loaded gun in public.

The probation was extended in 2016 when he allegedly violated it after allegedly being found in possession of another firearm.

Following Thursday’s court hearing, Soulja was arrested and is currently being held without bail.

An SUV belonging to a musician Akon was recovered in Forest Park Tuesday morning after being stolen from a Buckhead gas station. According to Atlanta ...