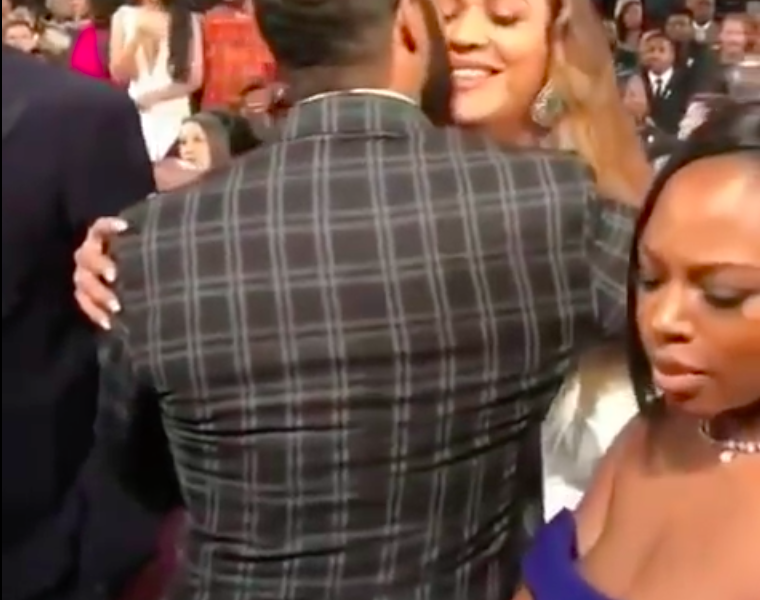 They’re at Omari Hardwick’s neck after he was filmed kissing Beyoncé TWICE at the NAACP Image Awards. He didn’t kiss Bey on the lips just two friendly cheek kissed but some are saying the second kiss was tasteless and too close for comfort.

In the video, Hardwick, who portrays James “Ghost” St. Patrick on “Power,” can be seen posing with Jay-Z before greeting Beyonce with kiss on the cheek and hug. He then gives her another kiss that appears to land toward the corner of her mouth before walking away.

Hardwick’s kisses got mixed reviews on Twitter. Some thought Hardwick overstepped. “A respectable handshake would have worked just fine from Omari Hardwick,” one person expressed. “Women don’t need to be grabbed, hugged and kissed unless its your wife/girlfriend.”

He’s being dragged by the loyal Beyhive on social media and now, 50 Cent, who works closely with Hardwick on the set of Power, has come up with a new idea to kill off his character.  50 Cent reposted the viral video of Omari Hardwick at the NAACP Awards, getting creative in his caption and previewing what Ghost’s fate may be in the upcoming season of Power. “Season 6 of POWER Jay Z kills Ghost don’t miss it we lit,” he wrote. Fiddy continued by guessing what was going through Hov’s head during the exchange. “LOL jay was like, the fuck is you doing pretty n***a,” he wrote. However, despite the backlash, the NAACP Image Awards were a good night for both parties. Hardwick took home the award for best actor in a drama series, and Beyoncé won entertainer of the year.