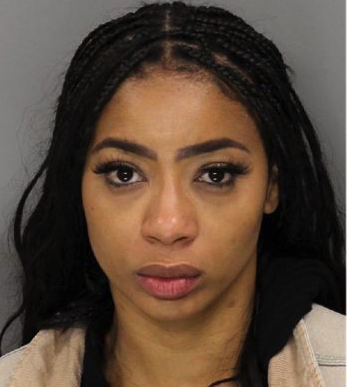 Recently, Tommie Lee had to fight for her freedom in a child abuse case after she reportedly went to her daughter’s school to disrupt her class, smacking her hands with a purse strap, slapping her in the face, dragging her by her hair and slamming her into a locker. If convicted, Tommie Lee is facing a maximum sentence of 54 years behind bars for child abuse.

But apparently she doesn’t care that much about her freedom because she was arrested and put in jail after she showed up to court intoxicated. She appeared in court in Cobb County, GA for a hearing in her child abuse criminal case. Immediately, the judge requested that she do a drug and alcohol test, and she failed. She showed up in court with a BAC of 0.16, which is twice the legal limit. According to TMZ, the former Love and Hip Hop star was arrested on the spot right after the drug and alcohol testing.

Tommie Lee may be in jail until her trial begins. There hasn’t been a bail posted yet but we will keep you posted.

The use of Instagram Stories has grown rapidly in popularity since the feature was added a year ago. When Instagram first introduced video to its ...