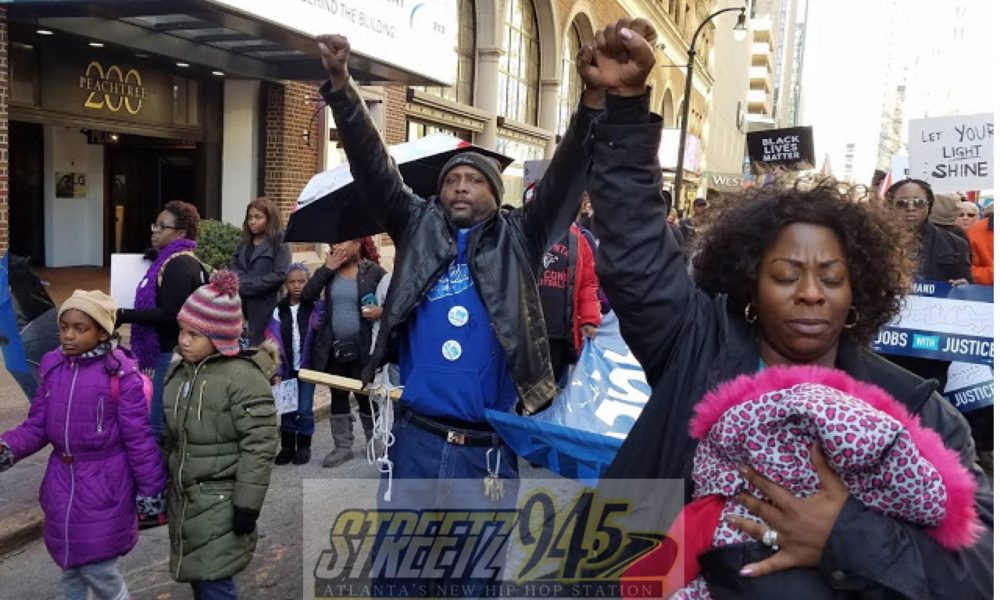 THE 2019 SESSION OF THE LEGISLATURE It is more than a week old, and not one issue or culture battle over guns, LGBT rights, or abortion has erupted.

It’s not that state lawmakers are avoiding verbal fisticuffs. They’d just prefer not to fight while strangers might be watching.

We’re told that, in both the House and Senate, GOP leadership has encouraged the rank-and-file to wait until Feb. 4 — the day after Super Bowl in Atlanta – to file legislation that might generate poor headlines or otherwise start eyeballs bleeding at Georgia Chamber headquarters.

That has meant a temporary postponement in debate over new limits on abortion and “religious liberty” legislation. Yes, a bill to allow the carrying of concealed weaponry without a permit, or “constitutional carry,” has indeed been filed. But you’ll notice that it’s not moving.

Once that Super Bowl dust has cleared, the debate over whether businesses can refuse clients and customers based on religious beliefs will begin anew – stoked by this development outlined by the Associated Press:

The waiver issued by the U.S. Department of Health and Human Services will allow Greenville’s Miracle Hill Ministries to continue as a state-supported foster care agency.

As part of the waiver’s requirements, any family that Miracle Hill does not allow to take care of foster children must be referred to other agencies or the state Department of Social Services.

South Carolina Gov. Henry McMaster asked for the waiver. He said President Donald Trump deserved credit for making sure South Carolina keeps as many groups as it can to help place foster children. The waiver request said Miracle Hill Ministries is responsible for up to 15 percent of foster care placements in the state

On a quiet Wednesday, Leadership Cobb brought several dozen local citizens in for a walking tour of the state Capitol grounds – and a discussion of politics that featured Jason Shepherd, chairman of Cobb GOP, and Michael Owens, who leads Cobb Democrats.

North metro Atlanta went heavily Democratic in last November’s elections, in part because of a decision by Republican gubernatorial nominee Brian Kemp to focus on generating huge margins in rural Georgia. This was a notable exchange between the two Cobb chairs:

Shepherd: “That’s where most of the funds were put in. That’s where the ground game was. Out at Cobb County headquarters, we made over 300,000 phone calls. Now, who we were calling – I didn’t have a say in that. It was directed by the state party and campaign. And we were mostly, from Cobb County, calling rural counties.”

Owens: “Why did you let them do that? We’re not calling anybody outside Cobb County. We’re not doing that. We’re going to be self-sufficient.”

Shepherd: “So, we’re going to have a talk about that.”

A couple other points that surfaced:

— Shepherd said he anticipates that Cobb County Commission Chairman Mike Boyce will have a GOP primary challenge in 2020, given the recent 1.7-mil tax increased approved by the panel. That, Shepherd admitted, could make it hard for Republicans to hang onto the top county job.

— Anticipating a tailwind generated by President Donald Trump’s re-election bid, Owens said Democrats are focusing on 2020 races for Cobb County Commission chair, district attorney, and sheriff – hoping to flip a county power structure that has been Republican since 1980.

“It becomes an issue of candidate recruitment and identifying someone that’s qualified. We’re not anointing anyone, but we have to have some very serious candidates to step up and run,” Owens said.

The latest on Stacey Abrams watch: The Atlanta Democrat was in Washington on Wednesday to meet with more party leaders. That included a lunch with U.S. Sen. Kamala Harris of California, who this week announced her presidential bid. Abrams plans to stay neutral in the race for president — after all, about a dozen potential White House hopefuls stumped with her or visited Georgia in 2018.

Georgia’s newest member of Congress, Lucy McBath, is getting her feet wet on Capitol Hill. The Marietta Democrat had her first House Judiciary Committee meeting this week and joined the New Democrat Coalition, a group of more than 100 Democrats who say they are“committed to pro-economic growth, pro-innovation, and fiscally responsible policies” and working in a more bipartisan manner.

The gun control advocate reportedly signed on as a co-sponsor of legislation raising the minimum age for purchasing assault-style weapons from 18 to 21. And she said Wednesday she’s the new co-chair of Capitol Hill’s Gun Violence Prevention Task Force. McBath became a national gun control surrogate after her teenage son was fatally shot in 2012, and she has ties to several gun control groups thatspent heavily in her favor last fall.

Signs that the federal shutdown, which on Friday will have lasted two pay periods for employees, has gotten serious:

— In Atlanta, Insurance Commissioner Jim Beck has issued “a directive to all insurance companies” in Georgia, urging them to exercise leniency “in cases where federal employees or contractors are late with their premium payments.”

We don’t know how you can issue a directive that urges anyone to do anything, but good for Beck anyway.

U.S. Rep. Hank Johnson, D-Lithonia, on Wednesday was officially named chair of a House Judiciary subcommittee with oversight over federal courts, intellectual property and the internet. The Democrat said he plans to focus on defending net neutrality and ensuring the Legal Services Corp. is “adequately resourced and unbridled in its ability protect the rights of the indigent.”

Earlier this week, two Georgia Republicans were among the 22 U.S. House lawmakers who voted against symbolic legislation that barsPresident Trump from withdrawing from NATO. Jody Hice of Monroe and Rick Allen of Evans voted against the bipartisan NATO Support Act, which ultimately passed the House 357-22 late Tuesday. Spokesman for both lawmakers did not respond to requests for comment.

The ACLU of Georgia is demanding that the state Capitol police drop a policy that last year prevented several students from entering the legislative galleries because they wore t-shirts and buttons with “March for Our Lives” messages on them. First Amendment and all that, you know.

The Newnan city council has suspended new filming in its downtown area until May, according to the Times-Herald newspaper:

The decision was made, in part, based on the frequency of larger-scale filming projects in the last several weeks, according to Assistant City Manager, Hasco Craver.

“We’ve seen an extraordinary amount of request for the use of public streets and sidewalks, so much that it’s disrupted our everyday commerce,” Craver said, “It’s been quite difficult to manage under our current system, so we’ve stopped issuing permits so that it will allow our staff to sit down and rework it.”

Sometimes you simply have to stop and marvel at the change in a local community. In 1982, the city of Kennesaw adopted an ordinance that required the head of every household to own a firearm – unless he or she didn’t want to.

Thirty-seven years later, the Marietta Daily Journal reports that the same city has done this:

At its Tuesday meeting, the City Council unanimously approved creating two new entertainment districts where folks can carry a drink with them as they stroll around.

Former Georgia congressman Jack Brinkley, who championed an interstate connection between the city of Columbus and I-85, died Wednesday, according to the Columbus Ledger-Enquirer. He was 88.

Brinkley served a single term in the state House, beginning in 1965, and was elected to Congress in 1966. He represented the Third District through eight terms, leaving Congress in 1983.