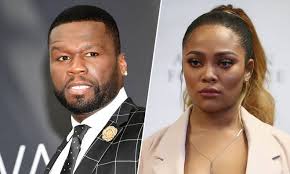 In May 2018, Teairra Mari fell victim to her sex tape leaking online. She has been accused by some of her co-stars on Love & Hip-Hop of releasing the footage herself in order to get some cheap publicity but she defused those rumors by taking her ex-boyfriend and 50 Cent to court. It makes sense that she would be suing Akbar Abdul-Ahad since she believes that he was the one to leak the footage. However, 50 Cent’s involvement is a little dubious. The rapper reposted a photo from the sex tape onto his own Instagram profile before it was taken down and Teairra sued Fiddy because of the fact. After months of battling in court, Fif has officially walked away with the win. 50Cent Wins Revenge Porn Lawsuit Against Teairra Mari50 Cent is walking away from court with $30K more in his pocket after Teairra Mari was forced to pay up when the claims against the rapper were dismissed. Despite leaving victorious, Fiddy is still losing money in this case. He fought with the judge to have Teairra pay the entire $161K+ legal fee but he was not awarded the full amount. So basically, nobody wins here.

Future is partnering with a sewing organization to provide face masks to hospital workers and patients in a campaign appropriately titled “Mask On.”