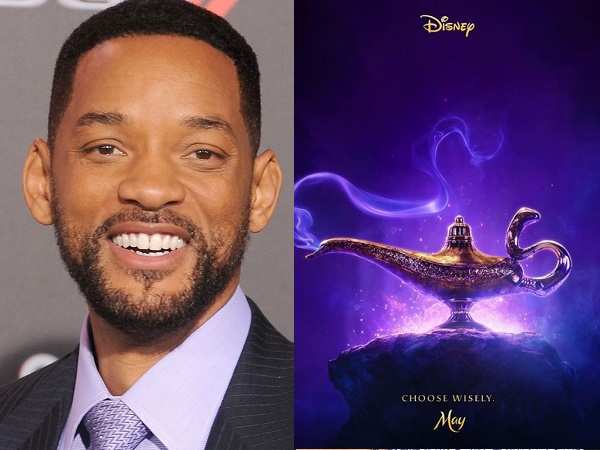 NEW ALADDIN MOVIE ON THE WAY STARRING WILL SMITH!

Will Smith gave the world its first look at the first tease for the “Aladdin” live-action remake Wednesday when he showed off a cryptic poster on Instagram.

“LEMME OUT!!” wrote Smith, who plays Genie in the movie. “Can’t wait for y’all to see Me BLUE!”

In eight hours, the post received more than 2.6 million “likes” and more than 85,000 comments.

The Disney movie, scheduled to hit theaters in May, is a live-action remake of Disney’s 1992 animated version in which Robin Williams voiced the character Genie. Williams won a special Golden Globe Award in 1993 for his work on the film. The animated movie won Academy Awards and Golden Globes for song and original score.

The Broadway production of “Aladdin” has been running since March 2014. James Monroe Iglehart won a Tony Award for his portrayal of Genie.

Melyssa Ford revealed on her podcast, “I’m Here For The Food,” that Drake tried to date her and her friend and guest, “ANTM” alum Toccarra ...