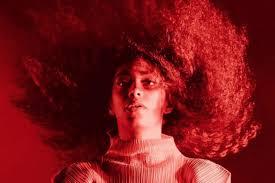 Yesterday (December 27), the Cranes in the Sky singer revealed she was diagnosed with the nervous system condition five months ago and has to cancel her forthcoming New Year’s Eve gig at AfroPunk Fest in South Africa as a result, as her doctors said she isn’t fit to fly.

“The past five months I have been quietly treating, and working through an Autonomic Disorder,” Solonge posted on her Instagram

“It has been a journey that hasn’t been easy on me. Sometimes I feel cool, and other times not so cool at all. It’s a complicated diagnoses, and I’m still learning so much myself, but right now, my doctors are not clearing me for such an extended lengthy flight, and doing a rigorous show right after.

“I can’t put into words how saddened and sorry I am that I am unable to perform for you guys this NYE, there is simply no other place I wanted to be than there with my family to bring in 2018 with you.

“As a part of the self care that I’ve tried to encourage this past year, it needs to start with myself, and I’m looking forward to doing a better job of this 2018.”

Refer to disorders of autonomic nervous system (ANS) function. Dysautonomia is a general term used to describe a breakdown or abnormal function of the ANS. The autonomic nervous system controls much of your involuntary functions. Symptoms are wide-ranging and can include problems with the regulation of heart rate, blood pressure, body temperature, perspiration, and bowel and bladder functions. Other symptoms include fatigue, lightheadedness, feeling faint or passing out (syncope), weakness, and cognitive impairment.

{STREETZ MORNING TAKEOVER} ANOTHER NO SHOW FOR R.KELLY, THIS TIME BECAUSE OF HIS TOE

Looks like R.Kelly are going to have bigger issues than his toe. More details inside…