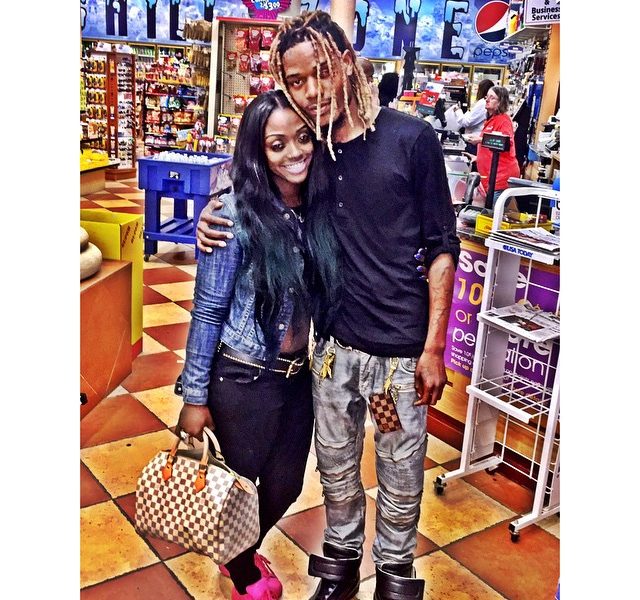 There may be a woman or two in Fetty Wap’s life who ain’t feeling him as of now, however his most recent sweetheart Yaya irrefutably isn’t one of them. Next to their blooming new romance, it ended up being clear that the couple is ahead of time behind a business that Yaya is starting. Fetty exhibited that much by pronouncing that he is going to stand behind her business 100%!

Fetty was pretty heavily involved in the Ridgefield Park, NJ launch of the Omaj by NoiR clothing line launch. Video taken at the Mariahlynn-hosted event shows him wearing some of the collection’s pieces, and entertaining the audience on hand with a couple of performances. Before the night was over, Fetty got on the mic to make his $100,000 offering official. “I’m gonna give you a hundred thousand,” he told Yaya. “It’s a black woman doing s**t for herself,” Fetty then said, before insisting that the gesture was one that stands to benefit her and her vision only.

Yaya’s line is set to go on sale to the public in the Spring of 2018. As the months pass by leading up to the release, Fetty will likely find himself busy preparing for fatherhood with Alexis Skyy, who is said to be pregnant with his fourth child.

Yaya’s line is set to go at a deal to individuals all in all in the Spring of 2018. In the meantime,  Fetty  will be preparing for parenthood with Alexis Skyy, who is said to be pregnant with his fourth child.

Watch the video below!

{HOLIDAY SEASON LIVE} ROCKO RESPONDS TO FUTURE “ALL I WANT IS MY PERCENTAGE..”

ROCKO HAS FINALLY RESPONDED TO FUTURE…..& IT’S NOT NICE!