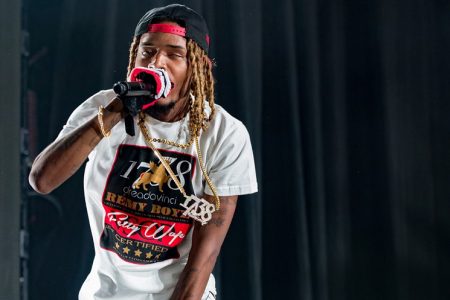 The hip-hop star and several of his friends were involved in the altercation at an all-night deli in his native Paterson, New Jersey early on Sunday (March 26) morning.Fetty, real name Willie Maxwell II, had a chain and cash stolen, sparking a shoot-out, which left three people with non life-threatening wounds.The 25-year-old MC was not among those injured.

Now Sylvester Huffin has been arrested and charged with two counts of attempted murder and three weapons charges, according to the New York Post’s.

THERE’S BEEN IN UPDATE IN CHRIS BROWNS RAPE CASE AND STREETZ GOT IT!!!