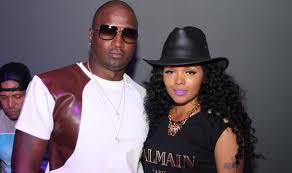 Jasmine Washington, a 27 year old woman says she was Kirk Frost mistress for more than a year, and she’s demanding that the LHHATL star pay child support to his allegedly 6 month old son.

Washington said Kirk went behind Rasheeda’s back for their clandestine relationship, and sired a secret baby son that he abandoned after their relationship ended.

After Kirk stopped supporting her and their son when thing broke off between them, she wants him to step up, pay child support, and take care of his responsibility as well as her legal fees.

Court document filed by Washington stated during their alleged affair,  Kirk encouraged her not to work. Kirk paid for all her expenses giving Washington a living allowance and a car as a incentive to stay with him.

Washington said she broke up with Kirk on Halloween of last year, later he began to deny the baby, took the car back, and completely stopped financing her and the child. Washington said she’s in a “state of financial distress” because of Kirk’s actions and is especially concerned about paying for daycare because she’s out of work.

This is not the first time Kirk cheated on Rasheeda. Jasmine wants Kirk to take a DNA test, and appear in court.

Kirk has yet responded to the allegations against him.

TOO MUCH BABY DRAMA GOING ON!